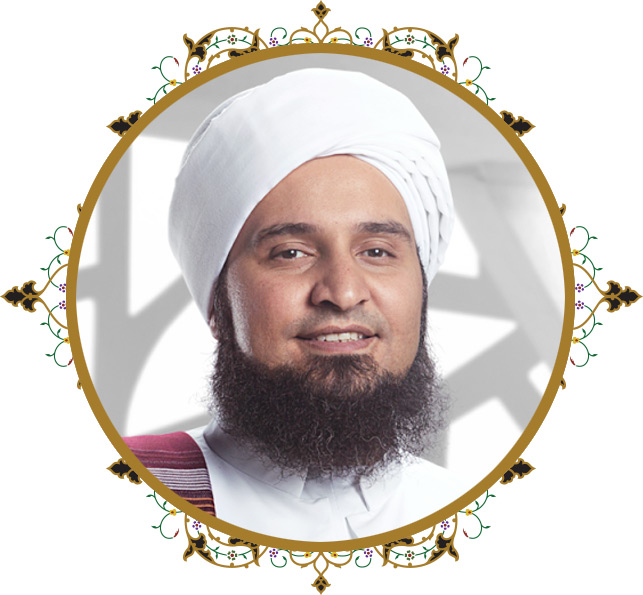 Habib ‘Ali Zain Al Abideen Al Jifri was born into a family of noble lineage extending in an unbroken chain to Imam Husayn (ra), the grandson of the Prophet (saw). Habib ‘Ali is from the majestic city of Terim, South Yemen. Nestled in the ancient valley of Hadramaut, Terim has been a centre of learning and spirituality for centuries. Habib ‘Ali received a classical Islamic education from the illustrious scholars of Hadramaut, embodying a methodology which crystallizes the middle way of Islam, Islamic Jurisprudence, a respect for the differences between jurists and a spiritual education drawn from the Qur’an and the Sunnah. Habib ‘Ali is Founder of the ‘Taba Foundation for Islamic Studies and Research’ based in the United Arab Emirates. He is also a lecturer at Dar Al Mustafa, Terim, an educational institute established for the study of traditional Islamic sciences. Habib ‘Ali is continually invited to lecture in many countries across the globe and appears regularly on a variety of television and radio programs. 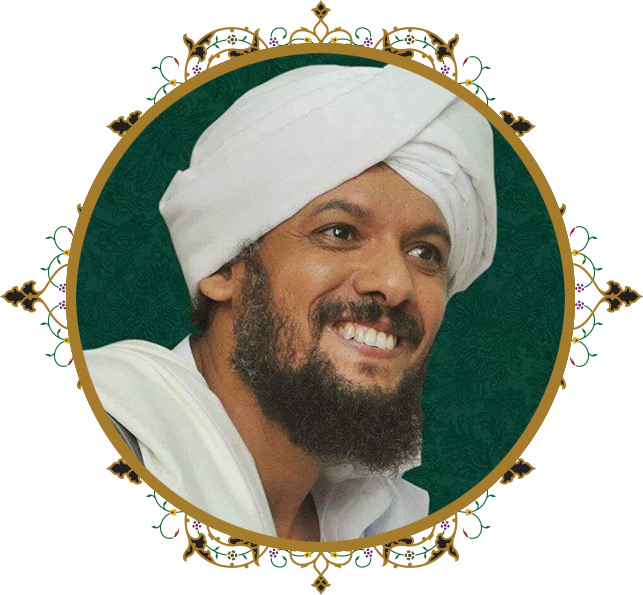 Al-Habib Musa Kazim Ja’far Muhammad as-Saqqaf was born in Terim, Hadramaut in the year 1960. He was taught the Qur’an and other Islamic disciplines by his eminent teachers at the famous school of Quranic Literacy and Memorisation, Abu Murayyim, and the prestigious school of classical learning, the Ribat of Terim. After graduating from the two aforementioned institutions, he continued his studies at the hands of some of the most qualified scholars and teachers of Terim.

He thereafter travelled in search of knowledge to the northern Yemeni city of Bayda, registering at the famous Ribat of Bayda where he was blessed to study with some of the greatest scholars of recent times such as al-Habib Muhammad b. Abd-Allah al-Haddar, al-Habib Ibrahim b. Aqil b. Yahya and al-Habib Zayn b. Sumayt.

He then returned to Terim where he continued his studies as well as embarking upon the continual task of da’wah. He was appointed the principal and headteacher of the Ribat ash-Shihr, occupying that post for the next six years, thereafter transferring to the Ribat of Mukalla once again as principle and headteacher for a further two years. He has taught internationally in countries such as Saudi Arabia, Oman, the UAE, Indonesia, Malaysia and Singapore.

He currently teaches at the prestigious Islamic institute, Dar al-Mustafa, in Terim as well as sitting on the Council for Legal Verdicts at the same establishment. He is also extremely active in all parts of Hadramaut, regularly lecturing and participating in conferences. 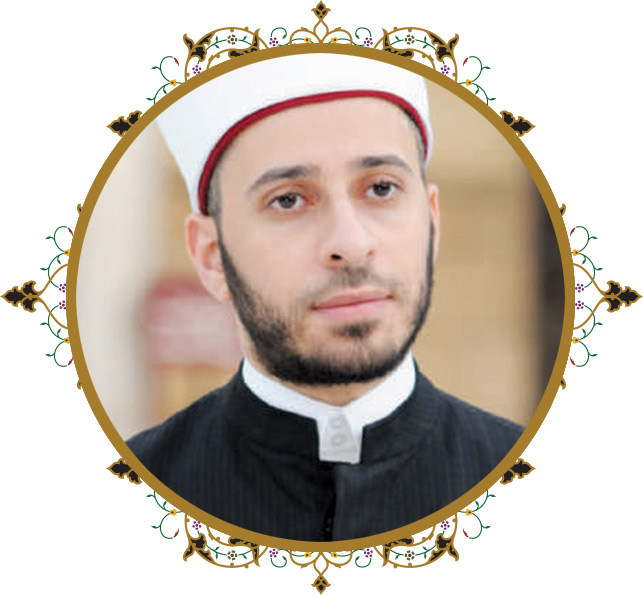 Shaykh Usama al-Sayyid is a graduate of the renowned University, al-Azhar. He teaches Hadith, Logic, and Islamic Creed at the renowned Al-Azhar Mosque’s Riwaq al-Atrak in Cairo, Egypt. He also holds a teaching post in the Faculty of Usul al-Din and Da‘wah at Al-Azhar University, Egypt. Shaykh Usama was chosen by the Grand Mufti of Egypt, Shaykh Ali Gomaa, to deliver the Friday sermons on his behalf in the Sultan Hassan Mosque from 2005 until late 2009.

Shaykh Usama studied with many esteemed scholars from all over the Islamic world acquiring numerous ijazat. His scholarly body of works include the seminal Ihya’ Ulum al-Hadith (The Revival of the Hadith Sciences), al-Madkhal ila Usul al-Tafsir (An Introduction to the fundamentals of Tafsir), al-Ihya’ al-Kabir l-Ma’alem al-Manhaj al-Azhari al-Muneer (Towards a Grand Renewal: The Salient Features of the Azhari Approach), an introduction to al-Nibras; and Assanid al-Misriyya (KRM). 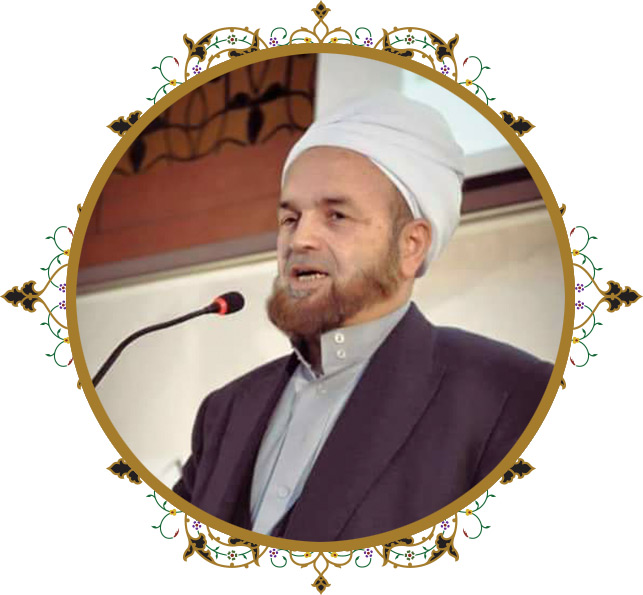 Shaykh Muhammad Salih al-Ghursi is considered one of the foremost Turkish scholars of our age. He was born in the eastern Turkish city of Mardin and began his formal Islamic education under the careful tutelage of his father, Shaykh Ahmed al-Ghursi. At the age of eleven, Shaykh Salih was sent to study in one of the many renowned Islamic seminaries spread throughout eastern Turkey at that time, completing the entire curriculum by the age of eighteen. He would go on to spend the next twenty years under the tutelage and companionship of Shaykh Muhammad al-Irbikandi, who further authorised him to teach and give fatwa.

Dedicating all his time to the study of sacred knowledge, Shaykh Salih authored his first book aged eighteen on Islamic Inheritance, and has since authored forty books in total, which include a commentary on the Alfiya of Ibn Malik in Arabic Grammar, Nukhba al-Fikr in Hadith nomenclature, and Jawhara al-Tawhid in Theology.

He currently resides in the city of Konya, Turkey, where he continues to teach and nurture the next generation of scholars. 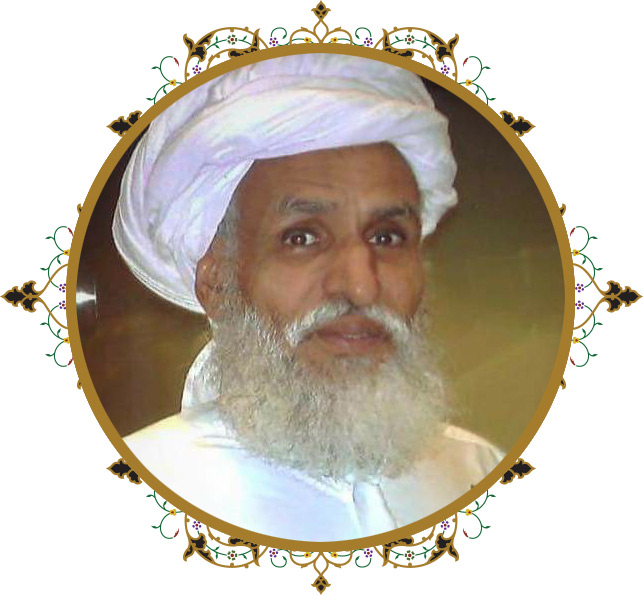 Shaykh Abdur-Rahman is the son of the great scholar and saint, Murabit al-Hajj, may Allah preserve and protect them both. He was born in 1945, in a district in Mauritania belonging to the tribe of Massuma, which is well-known for its Ulama and its vast number of students of Qur’an and Jurisprudence.

He began his studies at the tender age of five, with the memorisation of Qur’an in Warsh and Qalun under the direct tutelage of his noble father. He continued his studies at the madrasa of Murabit al-Hajj Fahfu where he learnt Jurisprudence and Arabic Grammar. He studied Legal Theology at the madrasa of Murabit Ahmad Fal Ould Ahmadna and spent time at the one of the oldest madrasas in Lemtouna, namely, the madrasa of Shaykh Muhammad bin Murabit bin Muhammad al-Amin. It was at this last madrasa that he taught Maliki Jurisprudence.

He continued his study of the various Islamic disciplines in Mauritania until he went to perform the Hajj in the early 1980’s, at which point his search for knowledge caused him to reside in the blessed city of Medina for a year. Thereafter, he was appointed as an Imam in Abu Dhabi in the United Arab Emirates. In 1984, he moved to Granada, where he has lived with his family ever since, serving as the Imam of Masjid Taqwa, which is located in the Albaycin, the old Muslim Quarter.